Not Only Surviving, but Thriving as a Cancer Survivor using Emotional Intelligence

Valérie shares her story of resilience, optimism, and wellbeing

The phone call that changed Valérie’s life lasted 6 minutes and 28 seconds. She had Synovial Sarcoma, a rare type of cancer that arises in bones and connective tissues, with limited treatment options and a poor survival prognosis. Pain in her right arm and persistent exhaustion was, in fact, the unthinkable: cancer. At 34 years old, working as an executive for a worldwide leader in aeronautics in Dubai, her life changed drastically that day – but not entirely in the ways you would normally expect.

Cancer, Valérie says, served as an essential wake up call, “to live a life that matters, a life rich in experiences, growth and contribution… a life that challenges one to live bigger, bolder and braver than ever before.” Ironically, her cancer diagnosis has been a catalyst for her to do the things that many of us want to do, but never find the time: focus on her wellbeing like never before, and live up to her fullest potential.

It started with realizing early on that she had options: “You always have a choice, even with how you decide to handle your medical care and your life with cancer.” And the first choice she made was to believe in the diagnosis, but not the prognosis.

“You’ve been given this gift of life and you really need to get into gear, to get your car out of the garage and do something – to utilize it, for yourself to the fullest and also for others.”

Accepting a Prognosis? No Thanks!

Early on, one of Valerie’s doctors told her to believe in the diagnosis, but not the prognosis. She embraced that mentality of taking 100% responsibility for what she could, and empowering herself in the areas she could be in charge of: “People can tell you what you have, but nobody can say what will happen, because we are all unique. And there are so many factors, starting with your own mind, your environment. You can control more than you think.”

A big part of this process was to change the language around cancer. Instead of fighting it, which sounded exhausting, she focused on the concept of living strong: “It was much more empowering for me. It means, for example, looking at all the little things I could do every day to increase my wellbeing, and to contribute to my own healing.”

Living strong with cancer, and in many ways, because of it. An amazing story of choosing yourself.

To increase her wellbeing and contribute to her healing, she quit smoking, began to pay close attention to her nutrition, and started meditating for stress reduction. She followed up on an interview she heard on her local radio station, Dubai Eye, about emotional intelligence, and took Six Seconds’ EQ Practitioner course in between cancer treatments. It was an experience that helped her “to stay calm, and highly focused under severely stressful circumstances. It also helped me develop exceptional resilience and maintain optimism in the face of adversity.” She told me one story about going into an MRI that was supposed to last 20 minutes, but ended up lasting an hour and a half. As she waited, she started to go around and around on the carousel of stress and worry. “Why is this taking so long? Is something wrong?” But she was able to recognize, label and transform those feelings – I am stressed because this is taking longer than expected, and I don’t know why. But it could be any number of reasons, so I can relax and take some deep breaths. Considering that stress compromises your immune system, and hers was already under enormous pressure, she knew it was essential to have the tools to keep her body as free of stress as she could. These tools for maintaining emotional wellbeing became an essential component of her overall wellbeing. Here are 3 of her EQ skills that have helped her thrive:

1. Name it and you can tame it. “The moment you can name your emotion, it deflates it like a balloon.” – Valerie Tettinek. So, name your emotions – to yourself, even out loud. “I am… frustrated, sad, overwhelmed, scared – whatever it is.” Research shows that physiologically, emotions become less powerful and less intense when you name them. For more on this, check out this article, Getting Unstuck: The Power of Naming Emotions.

2. Learn the language of emotions. Labeling an emotion has been shown to decrease its intensity, but before we can do that, we need to have a robust emotional vocabulary. Emotions are nuanced, so we should have a lot of different words to describe our complex, and at times conflicting, feelings. Valerie used a feeling list to enhance her emotional literacy and be able to check in with herself more easily. For a full look at the basic emotions and even the purposes they serve, check out my article on Plutchik’s Wheel of Emotions.

3. Make better decisions by making emotions your ally. “Whatever emotions you deny or push away will grow in size and eventually bust out of you in a potentially dramatic and unexpected way. Process any anger, sadness, or frustration you feel by journaling or talking it out.” – Valerie. There is a simple process that you can go through, outlined in this article, to process your emotions in an emotionally intelligent way. It’s a simple acronym, VET, Validate, Explore, Transform.

Valerie talked about the need to validate her fears that came up, by telling them, “Thank you for sharing.” Having established that they were welcome, she could explore what the purpose of that feeling is, “What is this emotion telling me?” Then the emotion would often transform itself, simply by being heard and understood. This process helped her reclaim the power, and then let emotions go.

She thought of herself as a high performance athlete: “Like them, I can’t control the outcome. But I can put myself in the best mental and physical condition to succeed.” Her diagnosis infused these efforts with a sense of urgency. She is thriving as a cancer survivor, and in many ways, because of the cancer.

Taking responsibility for what she could even extended to how she interacted with her medical team.

Making Her Medical Team Hers

“Many people who get diagnosed turn over the entire responsibility for their recovery to the medical doctors,” according to Kevin Touhey, a motivational speaker and life coach who also happens to be thriving as a cancer survivor. Like Kevin, Valerie decided to take a more proactive approach to her medical care.

She took a keen interest in her disease and in surrounding herself with the best medical team possible, both for traditional treatments and to look after her emotional wellbeing more broadly. She sought out specialists who have worked extensively with Synovial Sarcoma, and also placed the utmost importance on surrounding herself with a team that she felt was really looking out for her. She listened to the doctors’ advice for treatment options, but checked in with herself and trusted her intuition. In one case, her doctor in Europe was recommending chemotherapy, but Valerie decided to pause and evaluate the situation for herself. What she found is that for her rare type of cancer, Synovial Sarcoma, there were conflicting opinions in the medical community about the efficacy of chemotherapy. She ended up in France, so she could work with the doctor, from the Institut Gustave Roussy, who had written that paper recommending treatments other than chemo. She felt strongly, that for her, she was making the right decision. She was careful to stress to me that she is not making medical recommendations to others here, but was simply acting on a combination of doctors’ medical advice and her own assessment of what would be best.

Given 6 months to live, nearly 7 years ago. An amazing story of optimism, resilience, and living out your dreams with urgency

And even when she would go to the cancer treatment center for another round of MRIs, blood tests, and follow up visits, she did so on her terms. She knew that a big part of looking out for her wellbeing was feeling connected to those around her. So she took a nurse’s advice and decided to dress up when she went to the cancer center, like she would to go out with friends. That way the entire experience seemed less dreadful, more fun. She liked the company of her oncologist, and she would focus on the fact that she was going to see him and excited to see him. She would joke around with the nurses. Even though cancer had brought her there, she could decide what the experience would be like.

But, of course, there have been extremely difficult moments throughout this process – and it helped a lot to finally learn the 3 magic letters.

After her first surgery in the spring of 2011, she had limited use of her right arm for over a year. “Even things like washing my hair was mission impossible,” she recalled, and of course, that led to a lot of frustration.

One time she went to see her orthopedic surgeon, and she was complaining that she couldn’t do this, and couldn’t do that. He looked at her, smiled and said, “You can’t do that yet.” The power of that word stuck with her and helped change her perspective: “These 3 letters are so magical. Yet gives your sentence and what is going in in your life a totally different dynamic.”

Cancer made washing her hair nearly impossible, but this 3 letter word changed the dynamic of the situation

Great minds must think alike, she told me, because shortly after that conversation she came across an article by Joshua Freedman, The Seduction of Impossibility, about the power of the word yet as he recovered from a major surgery.

But maybe the greatest gift that living strong has brought to Valerie is an increased focused on her noble goal.

Urgent! Why Are You Here?

“I was asleep at the wheel before cancer shook me awake,” says Kris Carr, a fellow Sarcoma survivor who recently celebrated 10 years thriving as a cancer survivor.

“You beat cancer by how you live, why you live, and the manner in which you live” – Stuart Scott

Valerie agrees, saying that cancer was the catalyst for living a more meaningful life, one in which she puts her noble goals front and center. In the Six Seconds Model of Emotional Intelligence, pursuing noble goals is the capstone competency, the one that brings all the others together and gives emotional intelligence meaning and relevance. It’s about connecting your overall purpose, what you really want to contribute to the world, with your every day actions. Noble goals are not something to be done in the future, when we finally have time, but something to integrate into everything you do – a personal roadmap to follow. Having cancer helped bring this urgency into perspective, but we don’t have to be facing adversity to decide to invest in our noble goal.

So what is Valerie’s noble goal?

“To inspire and empower others to live up to their fullest potential.”

She is doing this in a number of ways: 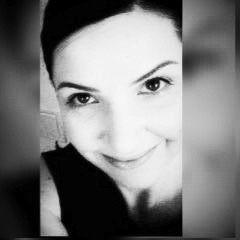 Valérie is a seasoned and multi disciplined business professional, having worked at a senior executive level for major corporations, including TUI Group and a subsidiary of AIRBUS. Today, Valérie has chosen to transition into consulting, coaching and training. She brings a wealth of experience working across various industries, including tourism, hospitality, real estate and aviation. Valérie is extremely passionate about leadership and helping others reach their highest potential. She believes in the power of mindfulness and emotional intelligence to help people succeed, both personally and professionally.